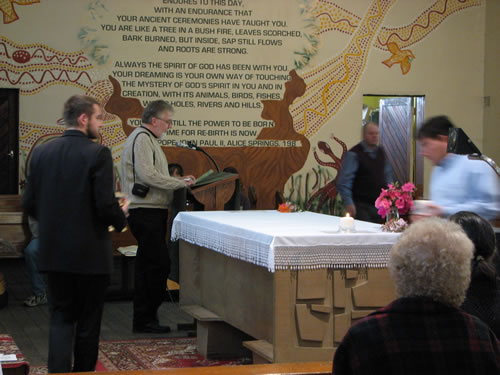 Copies of the letter were provided next to the church bulletin for people to read for themselves, and at the end of Mass, after the celebrants had left the altar, one of the letter’s signatories read it out from the lecturn while the seminarians scurried about clearing the altar.

The Neocats in the congregation left rapidly (as is their habit), and Prindiville led his cohort from the sacristy before the reading was complete to cries of “shame!”

So, Gerry Prindiville, nothing has changed. There is no engagement – only enragement.

As usual, whenever we as a community or as individuals try to engage you or your fellow priests in dialogue, our efforts are met with stony refusals to engage. Rather, you choose to assert your authority as priest as if that should be the end of it. You refuse to participate in community with us. All of you, your fellow priests and the members of the congregation who identify as part of the Neocatechumenal Way, fail to assist with our weekly meals for the poor, in our Sharing the Journey discussions, and in the simple acts of morning tea and friendship after Mass. This is despite numerous invitations issued to all of you over the past years. It is, to say the least, unhelpful that you should lead “your” people out of the Church immediately after the conclusion of Mass not just today but on every Sunday, ignoring us as you do so. 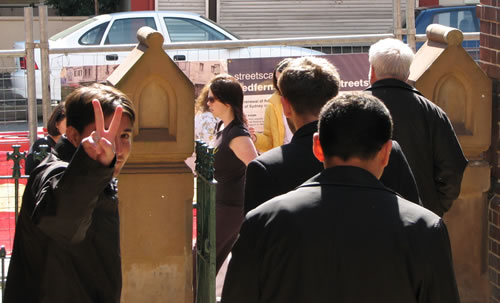 3 Responses to Just another Sunday