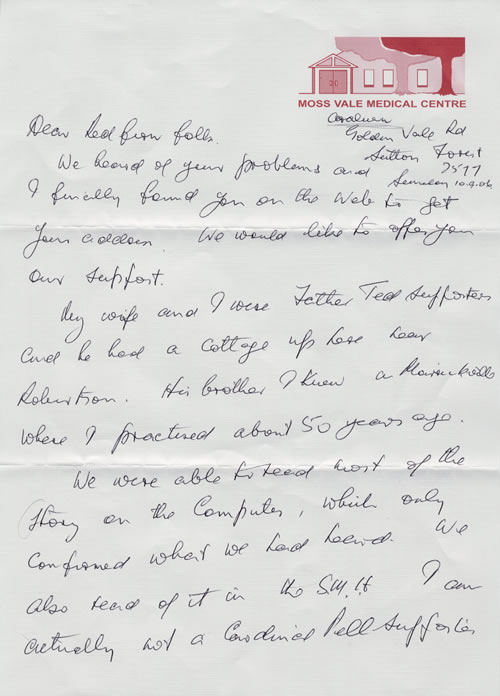 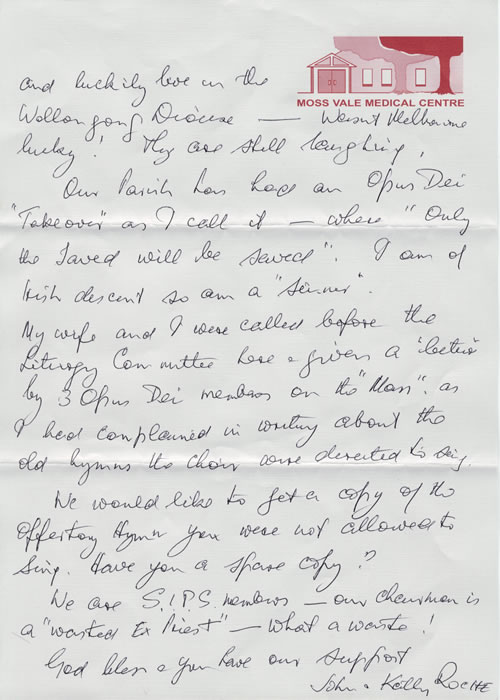 Sunday 10.9.06
Dear Redfern folks,
We heard of your problems and I finally found you on the Web to get your address. We would like to offer you our support.

My wife and I were Father Ted supporters and he had a cottage up here near Robertson. His brother I knew at Marrickville where I practised about 50 years ago.

We were able to read most of the story on the Computer, which only confirmed what we had heard. We also read of it in the S.M.H. I am actually not a Cardinal Pell supporter and luckily live in the Wollongong Diocese – Wasn’t Melbourne lucky! They are still laughing.

Our parish has had an Opus Dei “Takeover” as I call it – where “only the Saved will be saved”.

My wife and I were called before the liturgy committee here and given a “lecture” by 3 Opus Dei members on the “Mass”, as I had complained in writing about the old hymns the choir were directed to sing.

We would like to get a copy of the Offertory Hymn you were not allowed to sing. Have you a spare copy?

God bless you and you have our support.